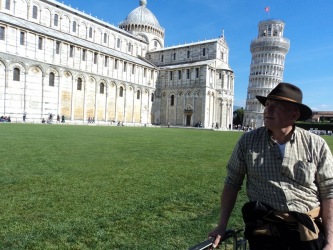 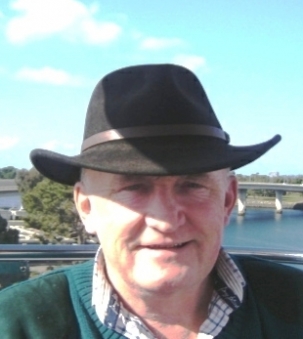 But in the past few years Murray grew tired of the demands the business made on him ŌĆō demands that seemed to become more unbearable every day.

For Murray, adjusting to the emotional whim of others had become tedious. He felt like he had become a victim of other peopleŌĆÖs moods. He was sick of the ceaseless whining about his commission during listings, the continuous client demands for his services above and beyond the call of duty and the reputation of the Real Estate Industry, lacking respect and often compared to the used-car-sales profession by public majority. He had lost patience for clients who vacillated in making any decision, lacking full co-operation and ignoring MurrayŌĆÖs sound advice, yet expecting full attention from Murray to jump at their beck and call.

MurrayŌĆÖs growing discouragement crept into all corners of his life ŌĆō right down to the annoying shrieks of the winter birds that greeted him each morning as he set out to face another frustrating day.

Murray had been a good and decent man in his life. So he went to Heaven. As it turned out, Murray became a Realtor in Heaven. ŌĆ£The Real Estate business has got to be better up here,ŌĆØ said Murray. And he was right. It was a breeze being a Realtor in Heaven.

There was no need to upgrade his computer, purchase a laptop or new software at the same price as the laptop. There was no new technology to learn or ŌĆśclickability and linkabilityŌĆÖ counts to worry a bout. There was no Doberman Pinchers jumping on his clean old Lincoln or survey stakes that werenŌĆÖt where they should be. There were no fees to pay. No worry as whether a sold property was still showing on his website. Murray didnŌĆÖt need to attend seminars to renew his license. He didnŌĆÖt even need a license.

Murray went to the real estate association of Heaven. He told them that while he was very grateful for the way things were, he wished that the real estate business in heaven could be more challenging. Perhaps instead of always getting all the listings he wanted and selling every property he showed, maybe the deals he did could only have the ŌĆ£possibilityŌĆØ of succeeding. That way the satisfaction of getting a deal done could be enjoyed all the more.

Success, Murray summarized, can be savoured far greater when it is achieved by overcoming obstacles. He would rather work with the potential of failure. ŌĆ£If I fail,ŌĆØ Murray said, ŌĆ£I will not think of it as losing, but rather an experience to learn fromŌĆØ.

Since Murray was in Heaven, the real estate association gave him everything he asked for. But after a while Murray had a few more requests. ŌĆ£It is very peaceful here in Heaven and people are wonderful and all nice. It would be more invigorating for me if people were a little more difficult to deal with and maybe there was at least a little noise distraction.ŌĆØ

Distracting noise and difficult stubborn people was something heaven could not provide. But Murray being a good man deserved to be happy, so the real estate association of Heaven came up with a planŌĆ”

Murray thought to himself, ŌĆ£Now, this is heaven!